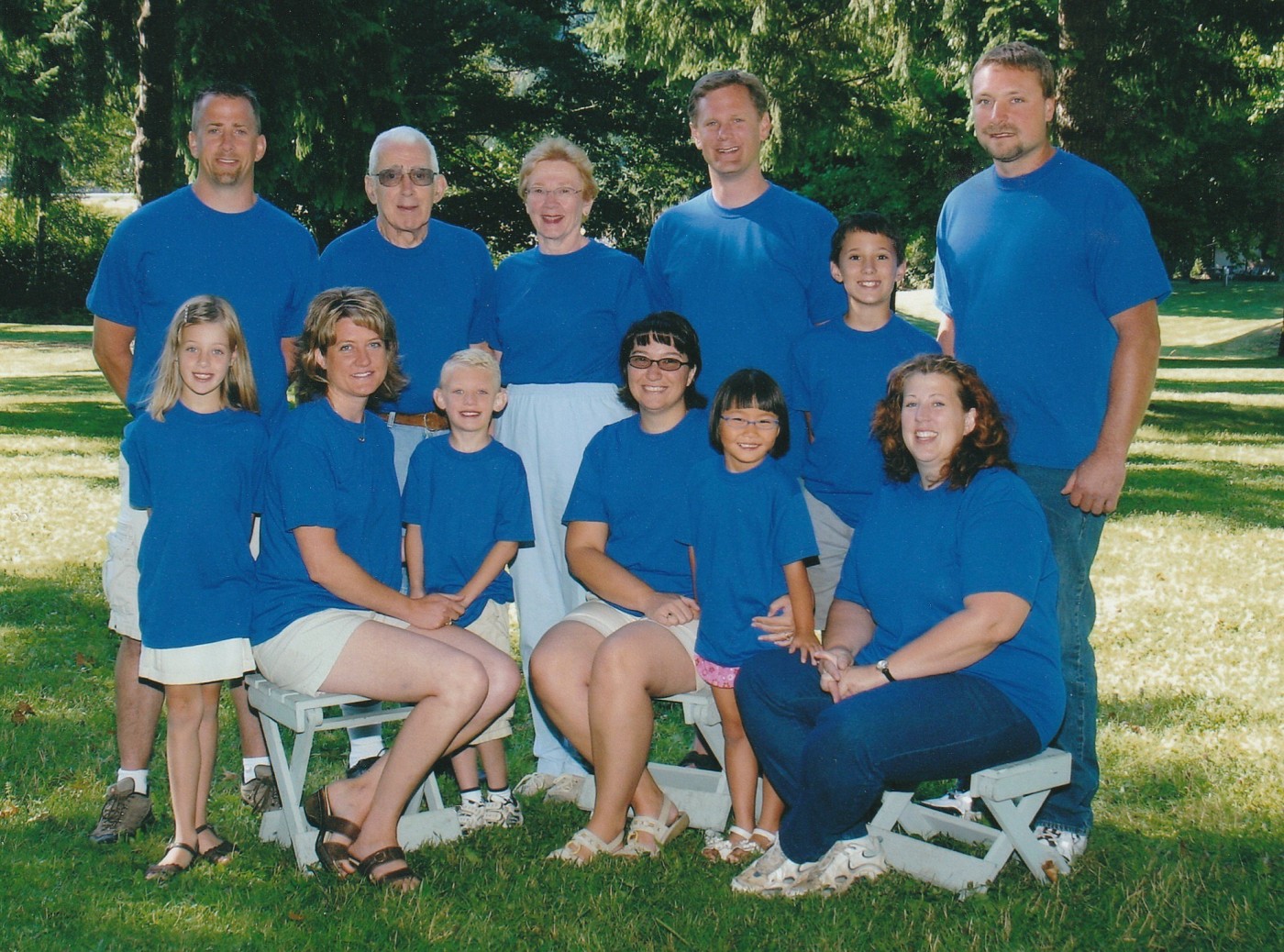 This is not a story really, more of an explanation. Although I should probably include a story at the end, just for those that already know this information. So, keep reading!

Some of you have wondered about Steve sometimes being called Stosh. His given name is Steven John Marsh. I’m not sure where the Steven came from, but John is after his father. I hope I get this story correct, as I’m telling this story secondhand.

First you need to know that Steve’s dad never called anyone by their given name. Accept me, and my sister-in-law Jenny (who married Steve’s brother Andy). He always called me Nancy claiming that he didn’t want to scare me away. I was only the second of 2 girls Steve brought home to meet his folks. John continued to call me Nancy until I was pregnant with Gideon. From then on out, he called me Mama.

Now the story goes that John wanted to name Steve Stan, after his favorite ball player Stan Musial. But Lois didn’t want to name her son Stan. This could be just something that Steve told me. Seeing that John had a nickname for everyone, I think it more believable that he wanted to name him Steve and give him the nickname Stan. Steve was one for tall tales. When I first met him, he told me that his parents were killed in a car accident and he was raised by his aunt and uncle. So…my story could be off the truth.

The nickname Stan just wasn’t good enough for John, so he modified it to Stosh, which is the Polish name for Stan. Or maybe it’s Italian. I’m not too sure. Either way, he was called Stosh by his father from the moment he was born and identified to be a boy.

The name caught on with the rest of the family. Everyone in Stosh’s family calls him Stosh. Cousins, aunts, uncles, nieces, nephews, everyone! Steve also was known as Stosh by his close friend, classmates, and college buddies.

When Stosh started working at the Forest Service he became strictly Steve at work. I asked him about it once and he said it was just easier to match up to the name on all those government papers.

When I met Steve, he was introduced as Steve. So that is the name I always have known him as. He never mentioned to me that his family called him anything other than Steve. Once, when we were at home from Calvin Crest, he in Turlock and me in Hilmar, I called his parents house to talk to him. His father answered the phone. I asked for Steve. His father said, “I’m sorry. You must have the wrong number. There isn’t a Steve here,” and he hung up. I thought, ok. Maybe I got the number wrong?

Again, I dialed.  Again, his father answered, and I asked, “Hi. Can I speak with Steve?” His dad replied, “Look. There isn’t a Steve here. You have the wrong number,” and he hung up!

What the ????? One more time I called. This time, when his dad answered I could hear Steve in the background shouting, “Nancy, I’ll call you back once I get the phone from my dad!”

I have always called him Steven to his face and Steve when I’m referring to him. He also called me Buttercup and I called him Marshmallow, especially over the phone. Steve: “What’s up Buttercup.” Nancy: “Not much Marshmallow.”

And, of course, my favorite name for him was Lobster….but, that is another story!